One of my goals for our October trip to Belize was to get more (and better) photographs of butterflies and moths. I thought they might be attracted to ripe/rotten fruit, so I put some very ripe banana out on a conveniently-situated horizontal trunk of sea grape tree that was visible from our veranda in hopes of attracting moths and butterflies that I could photograph from the veranda with my long(ish) lens. I was almost immediately rewarded with the appearance of this large butterfly called a stinky leafwing. It was a wonderful subject for photography because once it started feeding, it was not easily disturbed, even when I approached within 4 feet of it.
If you click to enlarge the 2 photos below, you can see an ant crawling along this butterflies proboscis.   In the second photo, it has pulled its proboscis out of the banana as the ant has climbed closer to its mouth.  Right after that photo, it flicked its wings and rolled it proboscis up to dislodge the ant. 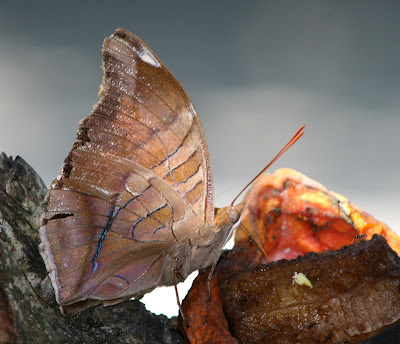 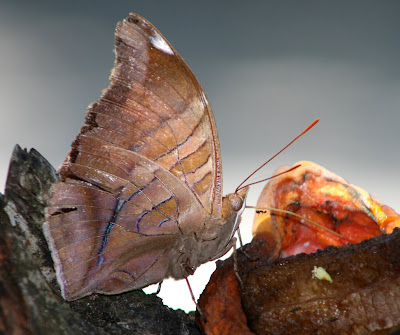 The next 2 photos of what seems to be the same individual as above were taken late afternoon the next day.  I was trying to add in a bit of light with the flash, and that seemed to startle the butterlfy.  The second photo looks like a multiple exposure as an unintended consequence of the flash.  It turned out sort of interesting, giving a hint of the orange portion of the upperside of the wings. 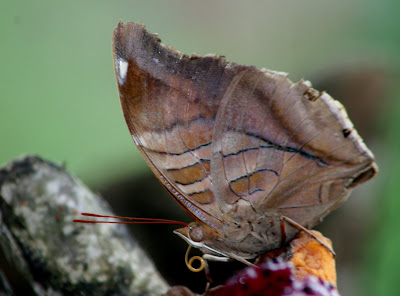 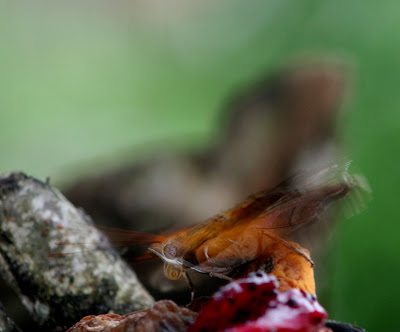 Here is little more of the upperside orange showing on a less beddraggled specimen. 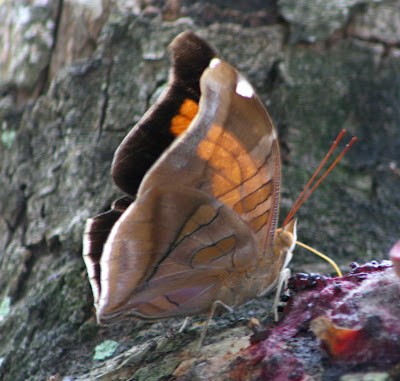 And in a pretty tattered one that is feeding on tree sap. 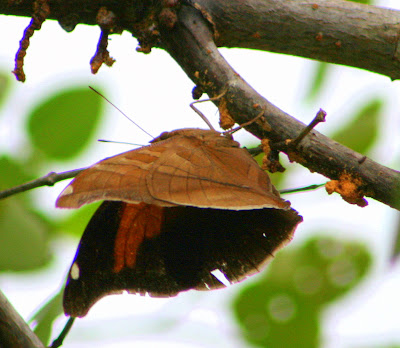 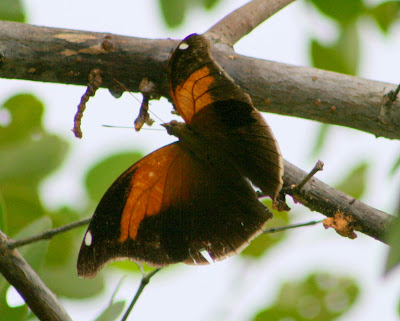 You can easily see why it is called a leafwing, especially when it is hanging upside-down. 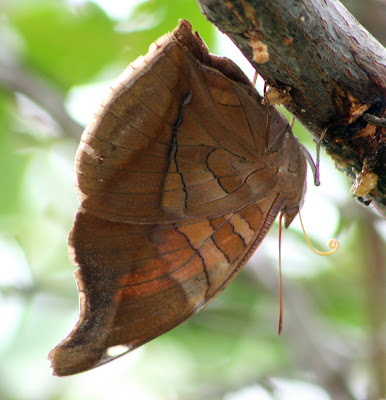 Or even on its side. 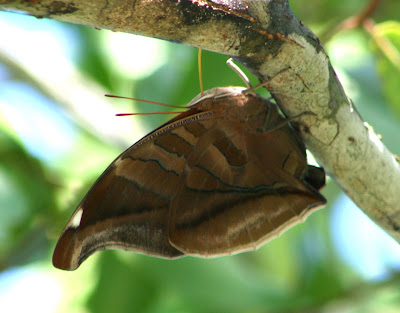 When the light catches them, the antennae are a distinct burnt orange color and the proboscis is yellow. 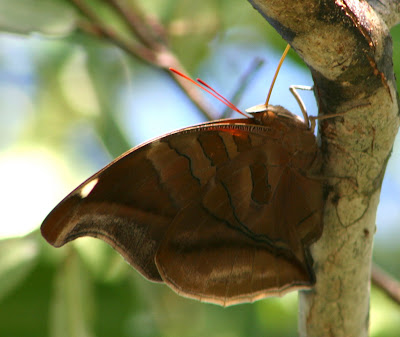 My first experiment in luring butterflies with banana was a great success, but I really prefer seeing the butterflies on "an unbaited field" with totally natural behavior.  The good thing about the banana lure was that it allowed me to get my eyes attuned to seeing these butterflies and to know that they were in the area.  Doens't it always seem that spotting the first one is always the hardest, then you see them (whatever "they" happen to to be) everywhere? 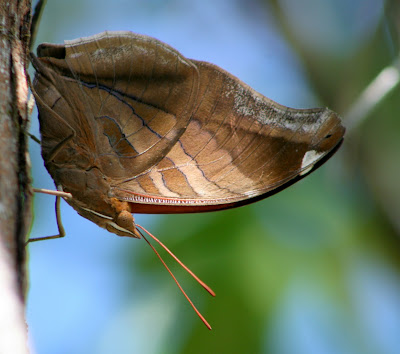 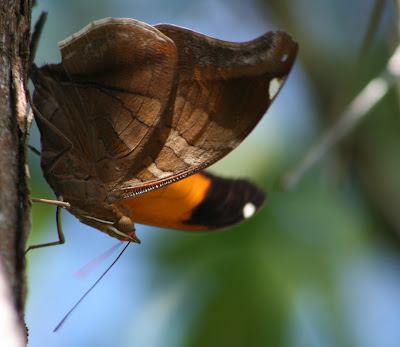 These butterflies are also called Cecropian Orions because they lay eggs on the leaves of Cecropia trees on which the caterpillars feed (don't know what the Orion bit is a bout, though). These trees are common throughout Belize and we have quite a few at our place. You can be sure that I will be looking for the eggs, caterpillars, and chrysalises when I return.
Posted by Wilma at 8:21 PM