I am trying a new way of posting photos today.  Please let me know if you prefer the usual way of having the photos embedded in the blog (like the first one) or if you prefer clicking on the link and then seeing a slide show.

I took a series of photos of this squirrel investigating the birdfeeder. 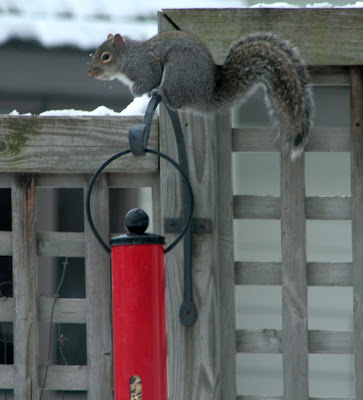 I think the photos speak for themselves:
Click >>here to see the series.
Posted by Wilma at 10:58 AM 14 comments:

The inevitable finally happened. JD, our 17 year old cat who had been suffering from chronic kidney disease for more than 2 years, died on December 1. When it became obvious that this time he wouldn’t be able to rally as he had in the past, we took him to the vet. The vet assured us that it wouldn’t be long and that he would be in no pain, so we decided against euthanasia and took him home to die in comfortable, familiar surroundings. I stayed with him for the last few days of his life. I carried him outside to his favorite claw-sharpening tree; we stopped at the catnip patch where a few green and aromatic leaves remained after the last frost; we visited the wildflower garden that he had so enjoyed exploring while I took photographs only a handful of months ago. On what would be his last day, I got him settled in one of his favorite chairs in the sunroom. He napped for the rest of the morning with brief periods of alertness when he seemed to want me to hold his head and pet him gently. Just after noon, he grimaced, exhaled with a small gasp, and died as I cradled his head and whispered sweet nothings through my tears.  Even though my heart was breaking, I was thinking that we should all hope to slip away so easily …


We adopted JD from a shelter when he was already 7 years old, fallout from a divorce. But he adapted to our household easily and in a flash was part of the family. He was a wonderful cat and was my constant companion anytime I was at home. He slept beside me or on top of me every night (depending on the season), followed me around in the mornings as I got ready for work, and would be waiting for us every evening when we came home. If I went outside, JD went outside; if I was working in the kitchen, JD would be in the kitchen; if I was sitting in the den working on my laptop or watching TV, JD would be in my lap. The ritual during the fine weather of the spring and summer months was for JD to demand that I take him for a walk through the gardens so he could sharpen his claws on the bitternut hickory, the red maple, the linden, and two black walnut trees in the yard. If I lagged behind him too much before taking the steps down into the secret garden, he would meow insistently until I caught up with him. From there we would go to the catnip, then the lilies and jack-in-the-pulpit, next stop in the wildflower garden, then around the front of the house with the cone flowers to the daffodils, coreopsis, aesclepius, and liatris in the side garden before finally coming back to our starting point at the back door.  I think the garden is where I will miss him most.

Below are some of my favorite photos of JD and I have added a new slide show with even more photos to the right of this post. 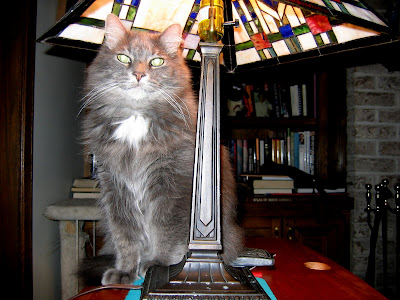 JD poses under the lamp. 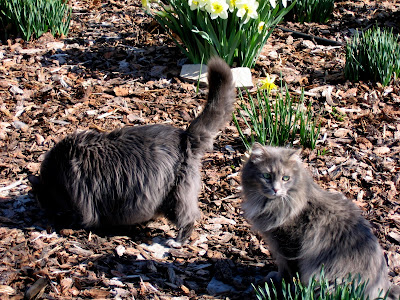 Max and JD in the daffodils. 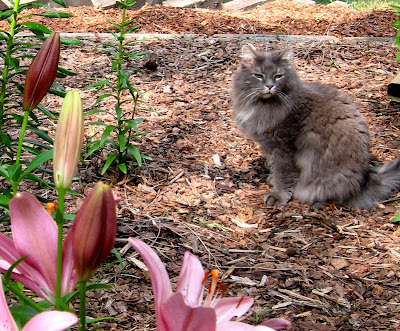 In the lily garden. 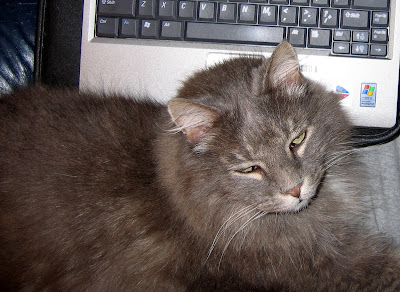 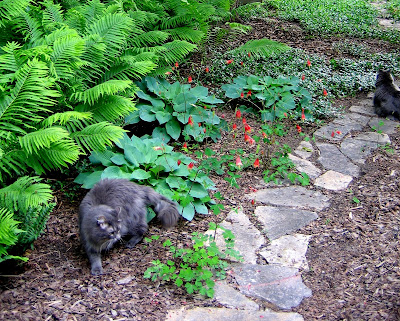 JD and Max on the path in the secret garden. 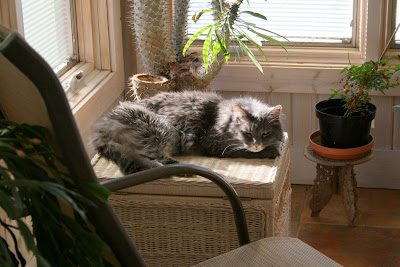 A warm spot in the sunroom. 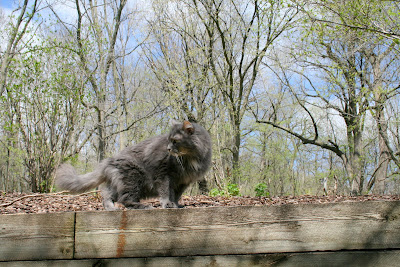 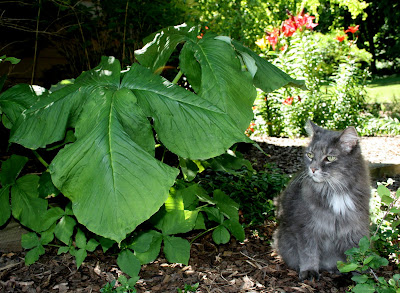 JD with the large jack-in-the-pulpit. 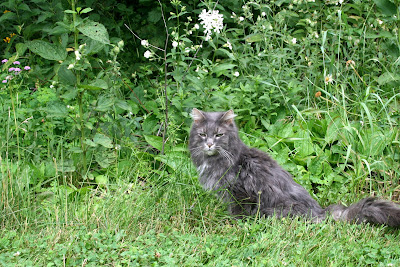 JD in the wildflower garden next to what is now his last resting place. 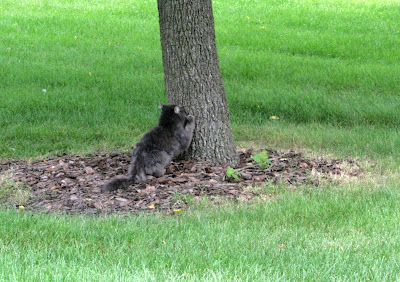 Sharpening his claws on the black walnut tree. 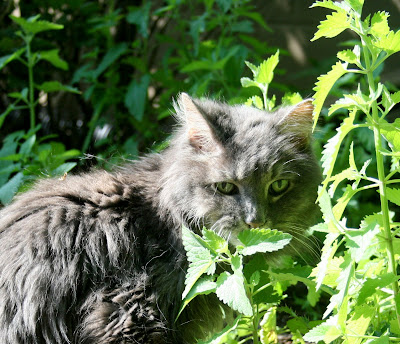 JD in the catnip patch. 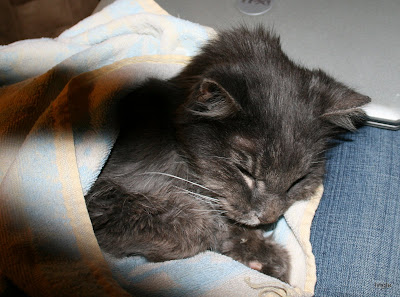 JD in his last days. 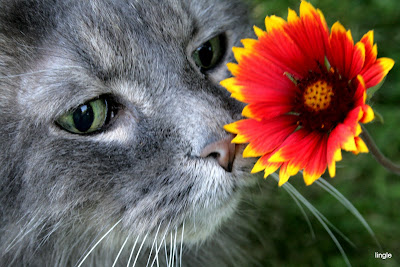 JD sniffing the flower I am photograping. 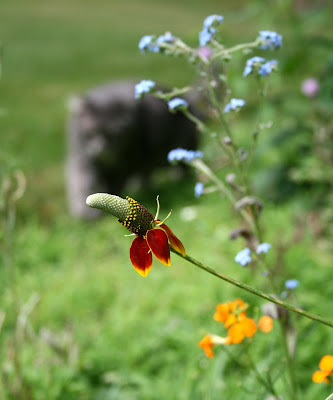 JD catching up to me as I take photographs in the wildflower garden. 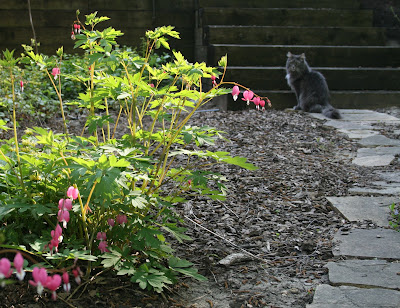 JD, waiting just ahead for me.