Hurricanes In Belize - Compiled by Dennis

A Few Facts
•   Since records were kept by the US weather services in the 1860’s, there have been 22 hurricanes to make landfall in Belize, and a few others that caused damage from intense rainfall without making landfall.
•   In the same time period, approximately 405 hurricanes struck Florida, 31 striking for Miami and 28 for Hollywood, FL, for example, (affected by hurricanes 72 and 71 times respectively).
•   Half of the Belize hurricanes (11 total) made landfall in Southern Belize, from roughly the Dangriga area south. Most of these hurricanes have been Category 1 storms with winds between 74 and 95 mph.
•   Since 1969, however, the wind speed of all hurricanes making landfall in Southern Belize have all exceeded 95 mph. Two were classified as Major Hurricanes (Greta 1978 Category 3, and Iris 2001 Category 4).

Seasonal Distribution of Hurricanes in the Atlantic
In the early months of hurricane season, i.e., June - August, hurricanes tend to make landfall farther north than in the later months. 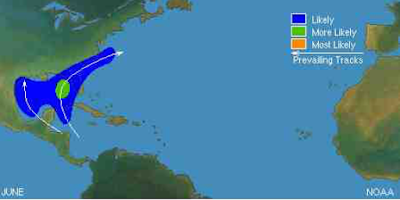 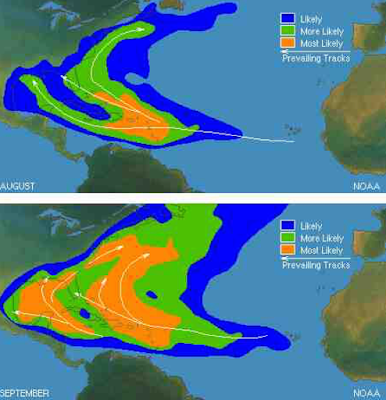 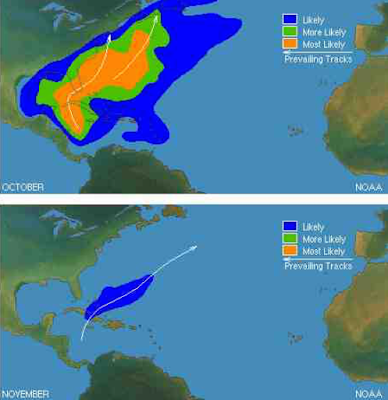 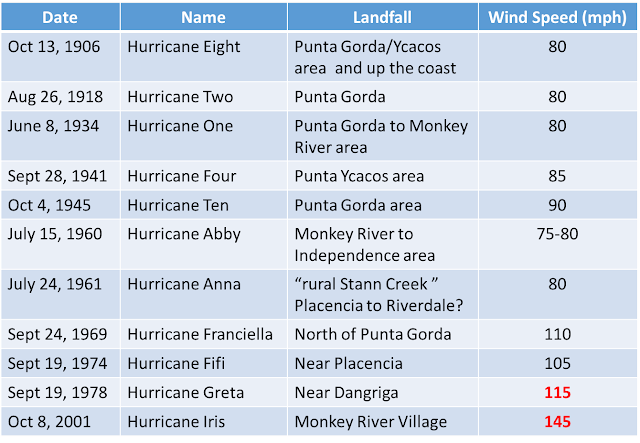 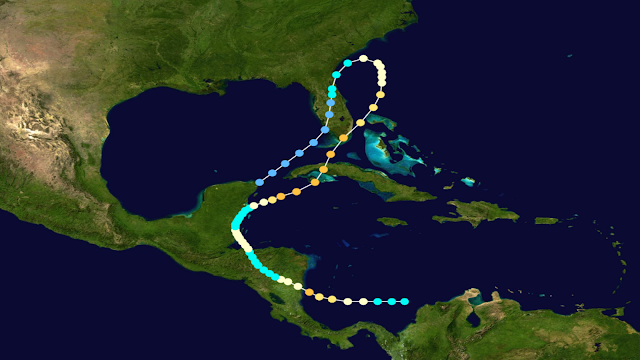 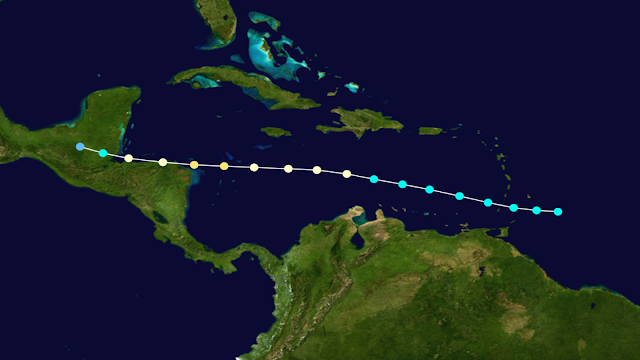 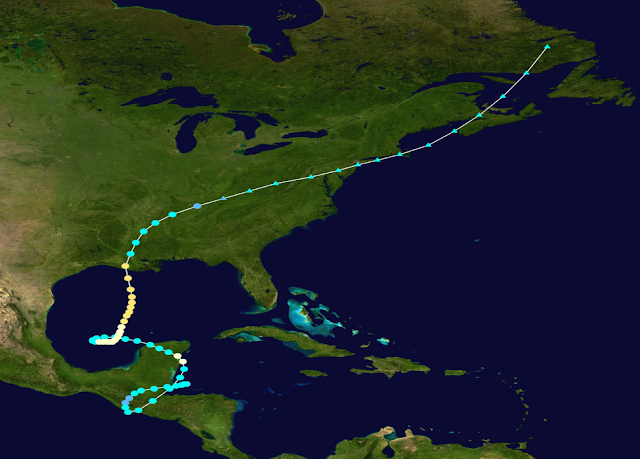 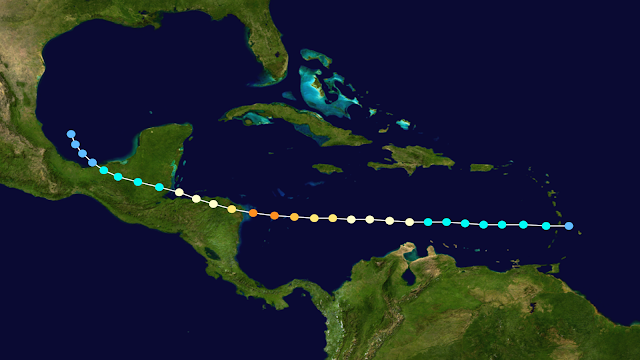 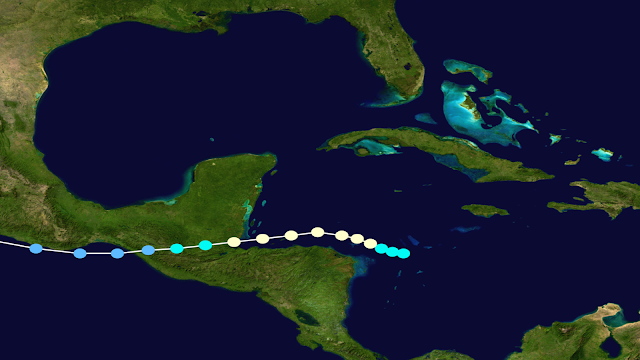 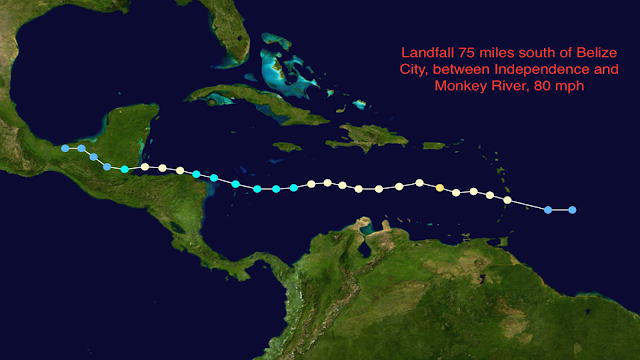 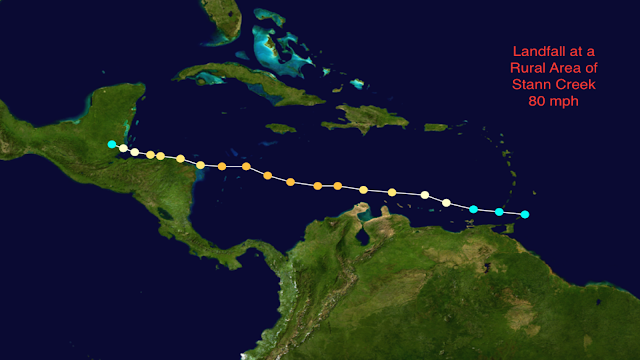 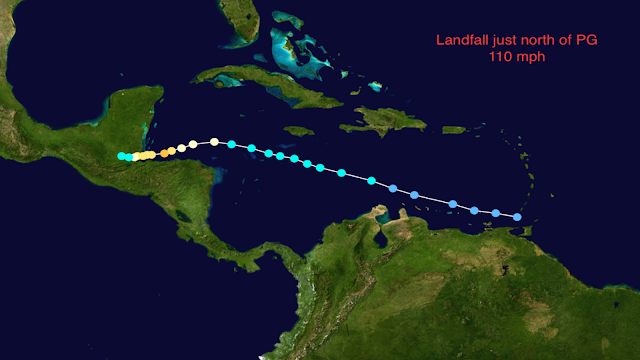 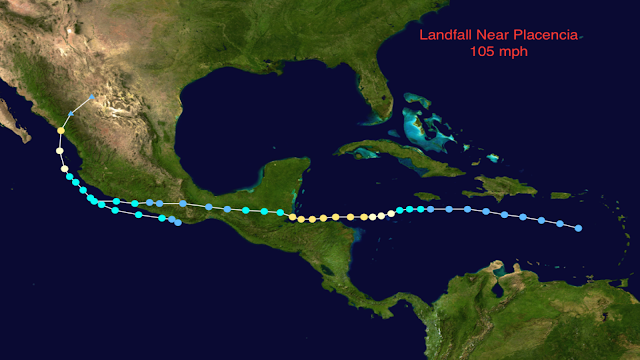 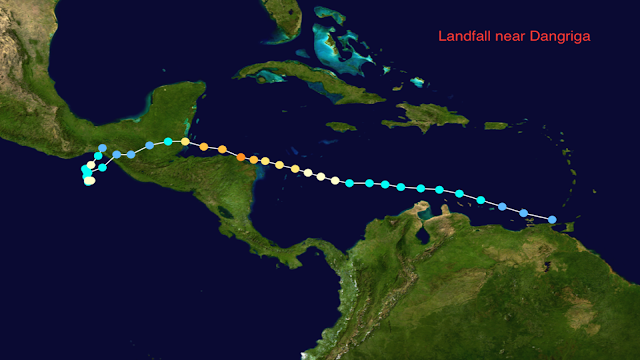 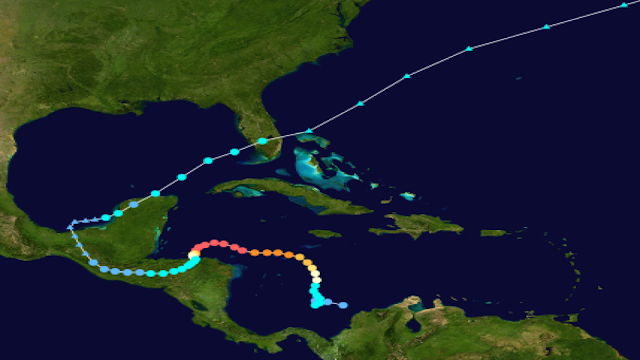 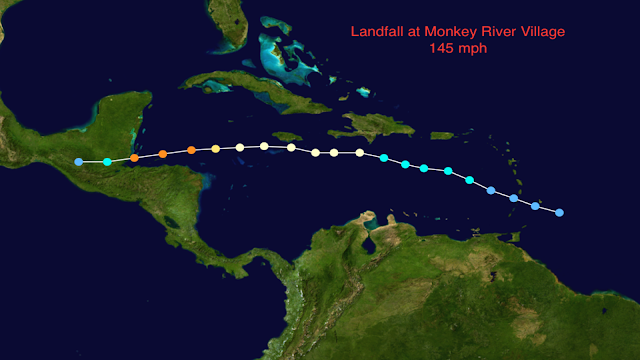 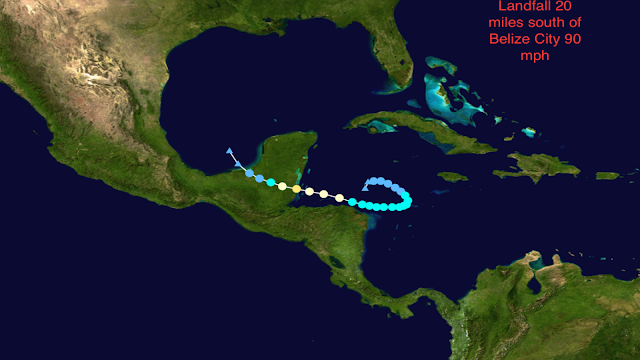