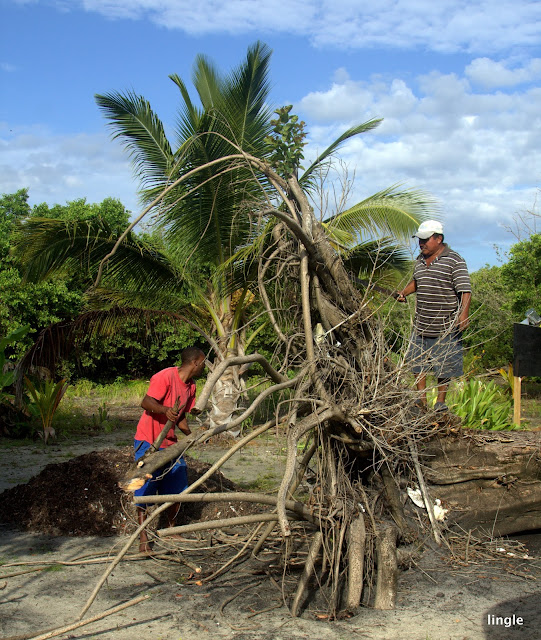 The fig tree was a good one and we have some fig seedlings to set out in places that aren't so close to our various buildings and structures.  Near this spot, we will plant a Coral Tree, which is much better suited to the high water table.  More on it next time.
Posted by Wilma at 8:37 PM