The moon has never had so many cameras aimed it as it did night before last, and mine was one of the many.  Geographically, South Englishtown is in the perfect place to view this eclipse as the moon rises over the unbroken sea - moonrise at 5:39PM, sunset at 5:47PM, full moon at 8:52PM.  That means the totality would commence around 8:20PM.

The moon made its appearance above the low clouds on the horizon at 6:05. 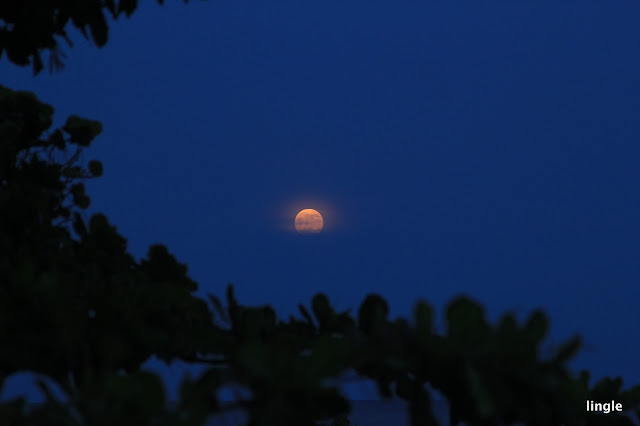 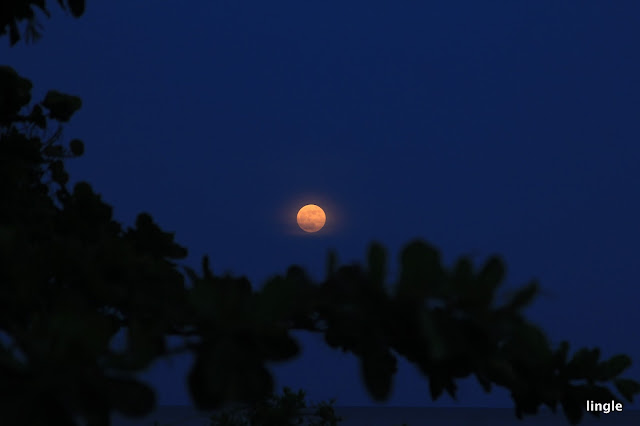 And at 6:23 it was bright and relatively crisp with a lovely golden glow.  Not exactly the blood moon I had anticipated, but spectacular never-the-less. 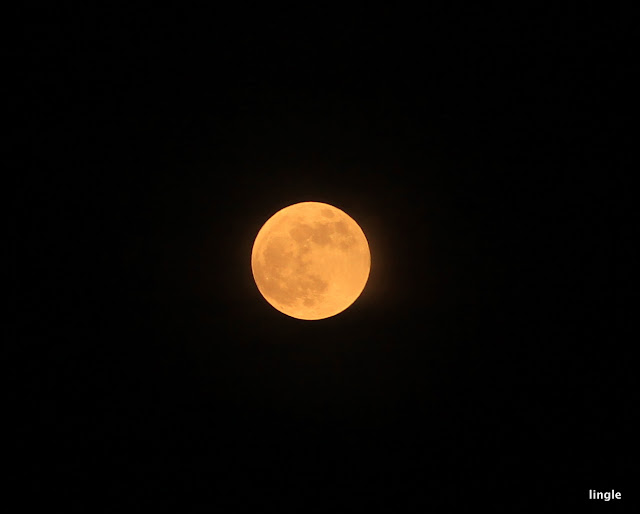 Would the weather cooperate for the next 4 hours?  In a word, no.  I did get a few images of the beginning (through the haze) and more as neared totality. For the full effect, click on the image above and scroll through the images.

The first sign of the eclipse was around 7:00 with shadow showing up in the lower left side of the moon. 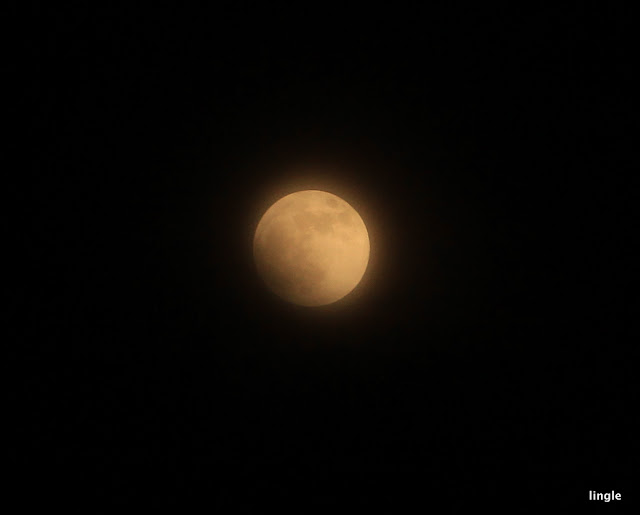 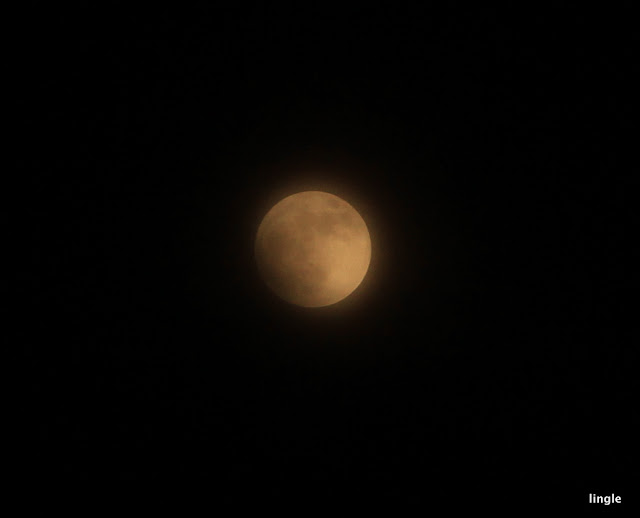 Clouds obscured everything for the next hour, by which time totality was approaching.  The next set of shots took place from 8:03 until 8:13, when clouds rolled in for good. 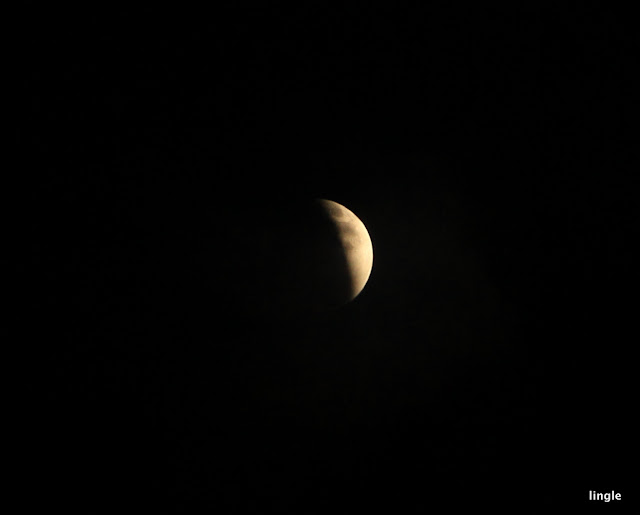 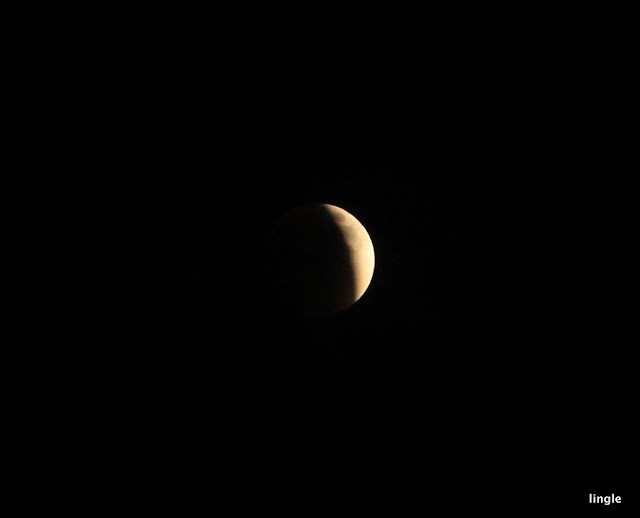 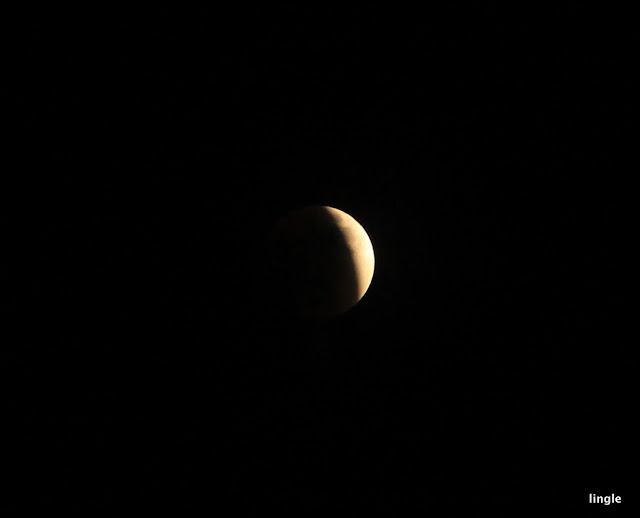 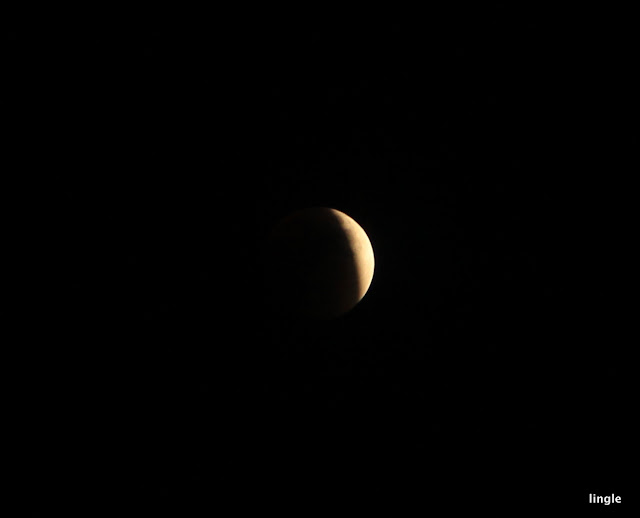 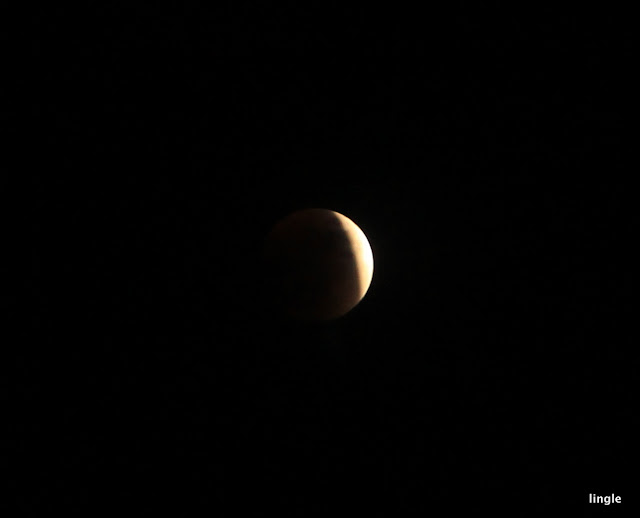 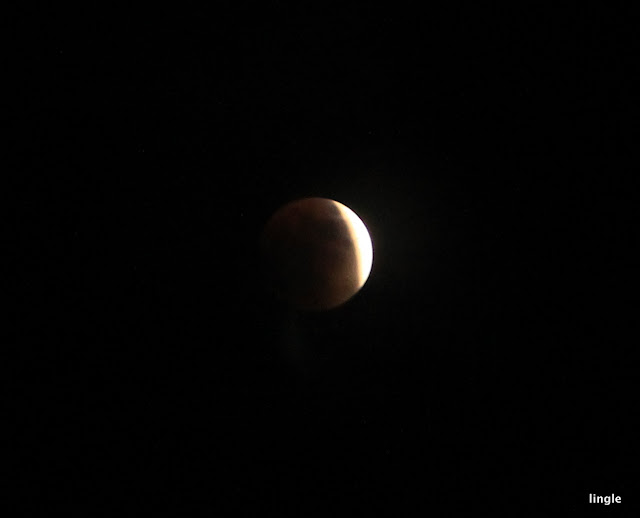 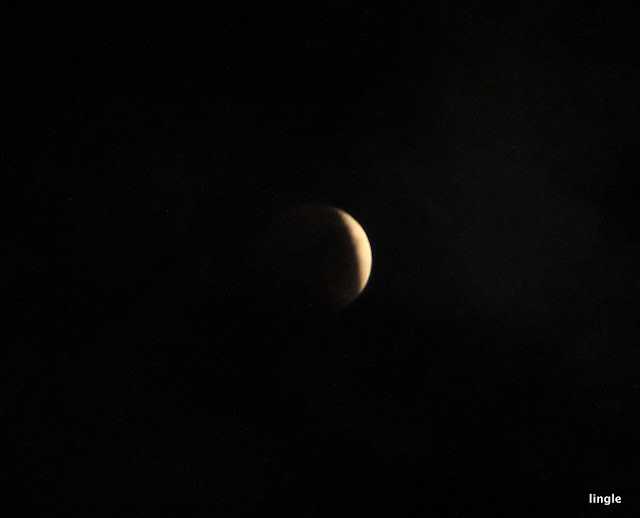 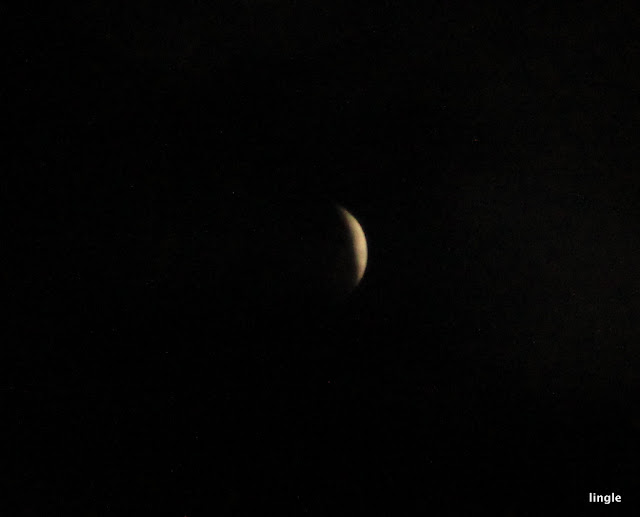 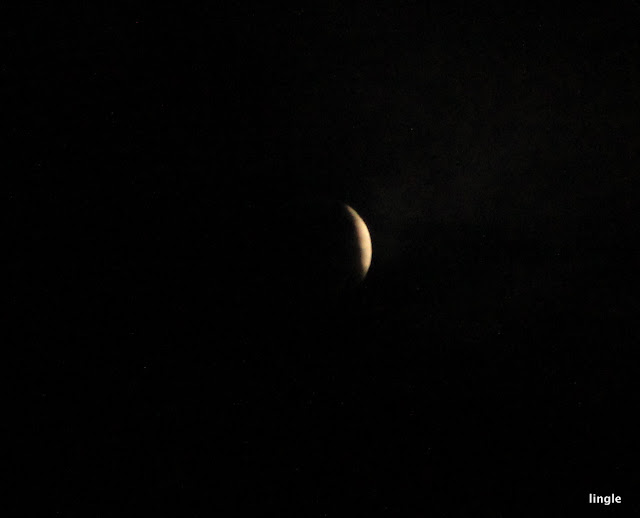 I sat on the little east-facing balcony with the camera on a monopod to take these photos. They were taken with the zoom maxed out at 105mm and an exposure compensation of -3.66.  I adjusted the aperture and ISO as conditions changed.  Otherwise, all I did was crop them; no adjustment of color or brightness.  I am pretty happy with them, my next chance to photograph a lunar eclipse with the moon at perigee won't happen again until 2033!

Did the moon come back after being eaten by the dark?  Yes, The Moon Also Rises the next evening.  And it looked satisfyingly red this time. 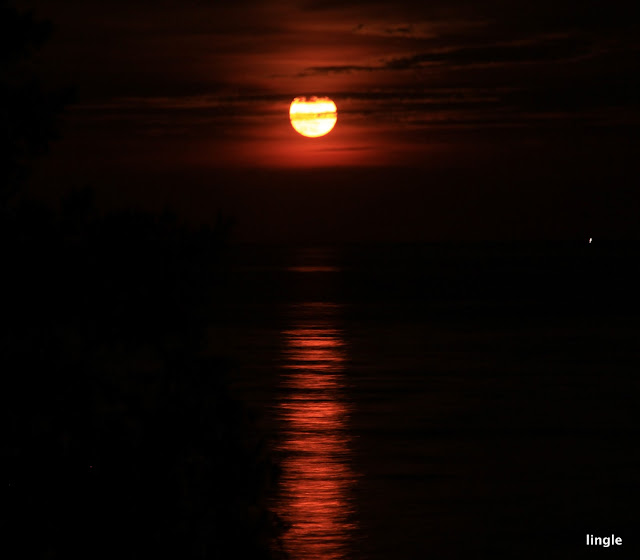 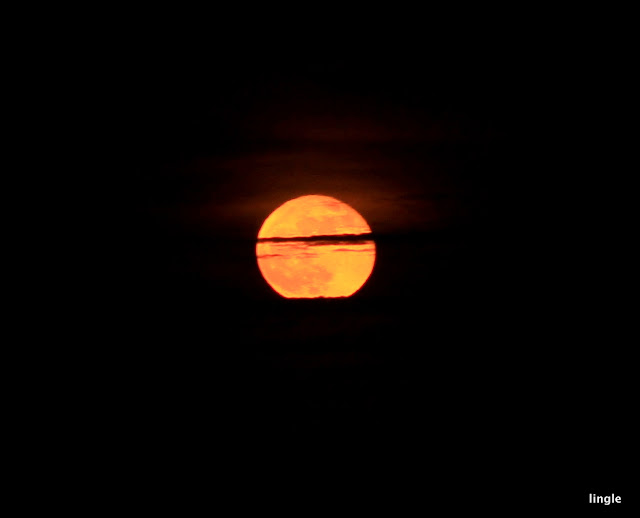