The lovely Cinnamon Hummingbird is the feature of today's post.  The Cinnamon was the first hummingbird I took a photo of at our place here in Belize.  It was just a fuzzy speck perched on a leafless twig atop a small tree, but the completely cinnamon-colored underside is not found on any other hummingbird around here.
Over the last 7 years, the Cinnamon has been a continuous  year round resident that we see and hear feeding on the hibiscus flowers in front of our veranda.  They give a single cht before each flower visit, and a series of chts as it flies from bush to bush.
Before we started living here full-time December of 2012, the Cinnamon was easily spooked by us when we would try to get a better view of it.   Once we had been here for a while it got more used to us and, while still wary, didn't fly away if it saw us on the veranda.  Now that the feeders are up, it (they, actually) is (are) bolder still.  I took these photos of the Cinnamon at the back feeder on 3 different days.  I was only 15-20 feet away, with Max (the cat) at my side, and none of the hummers seemed deterred by our presence. 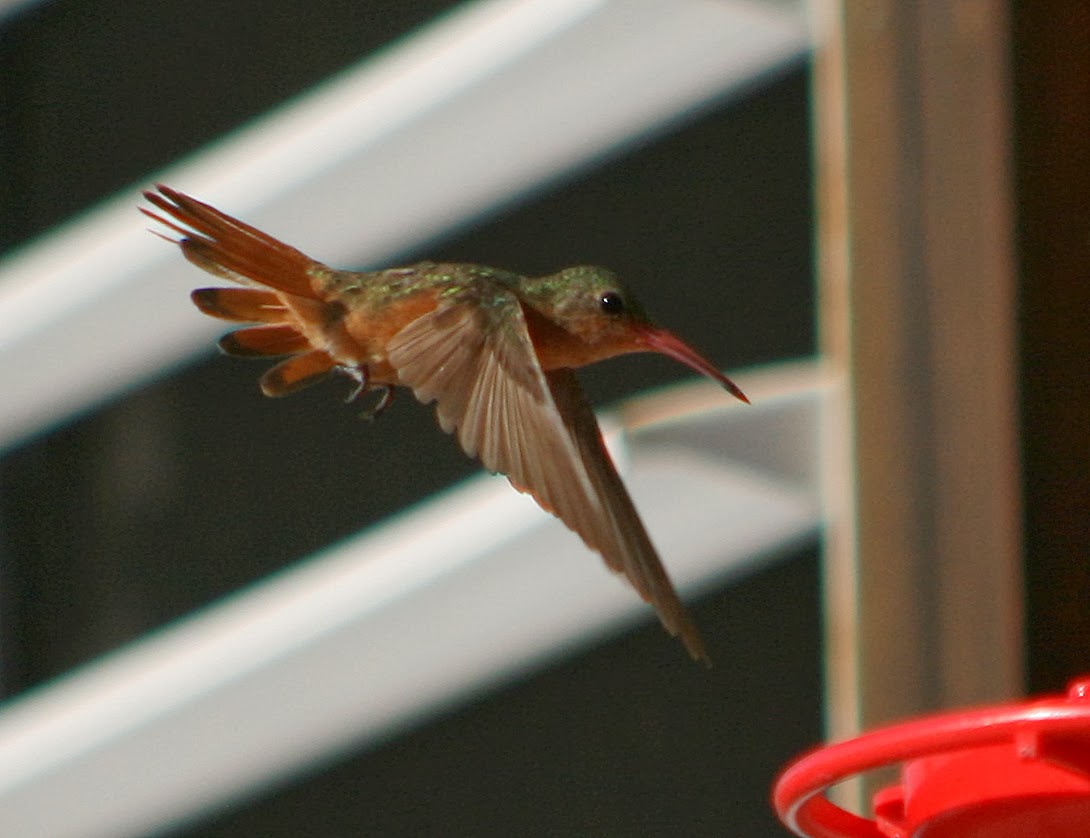 At 4.25 inches, the Cinnamon is noticeably larger than the 3.5 inch Ruby-throated.
The tail is also cinnamon-colored from above and below, and is bordered with a dark charcoal band. 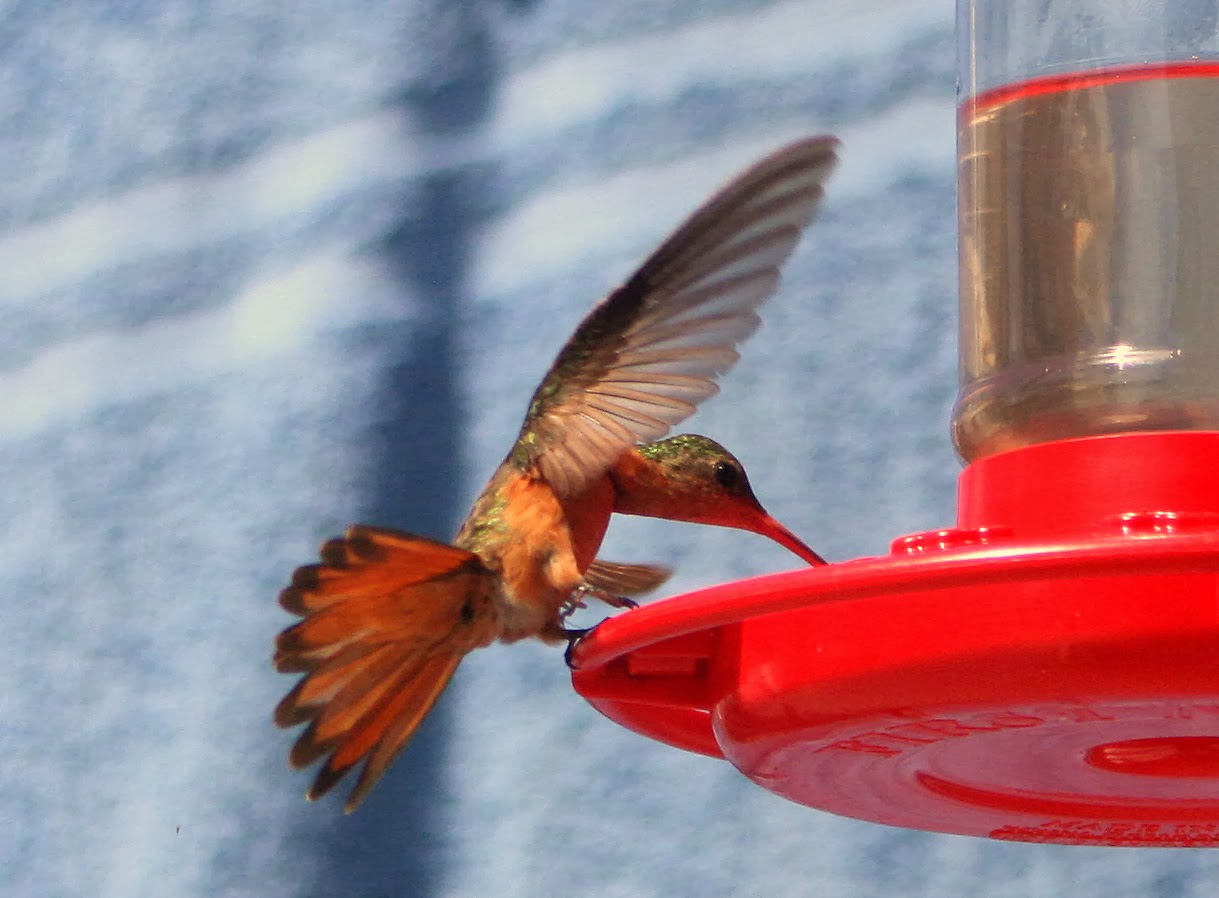 Next up will be the dashing Rufous-tailed Hummingbird.