So first up, I need to correct a bird ID in the first 2 Phoenix posts.  I had photographed a female hummingbird and assumed she was a ruby-throated hummingbird because she looked so much like the ruby-throated ones in the eastern half of the US.  But they don't occur in Arizona. It is hard to ID the females, but in the second post I had photos of a male hummingbird, and from those I was able to positively indentify it as a Costa's hummingbird.  The Costa's have a more purple color to their throat and cap feathers than the ruby-throated, and a nice white stripe from the outer corner of their eyes.  And the Costa's live in the desert.

I took all of the photos below as Dennis and I enjoyed the remains of the day on our little patio.  The first 2 shots are of a very shy female Gila woodpecker. 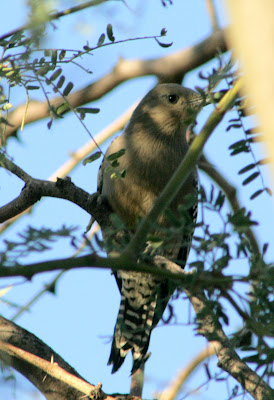 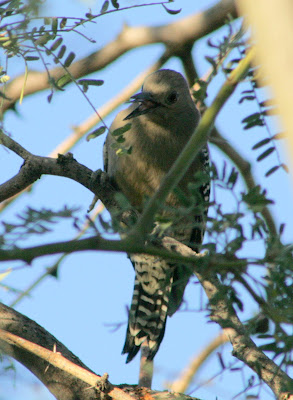 This male and his mate spent a lot of time at this hole in a Saguaro cactus, possible a nest hole.  The sun was sinking quickly into the west, resulting in a long exposure.  But you can see the little red cap of the male. 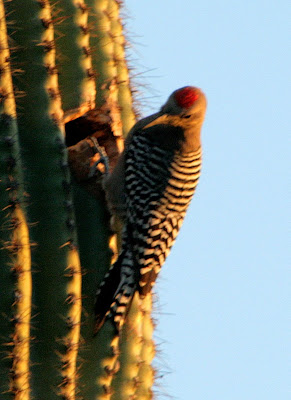 The pair settled on the pergola as twilight came. 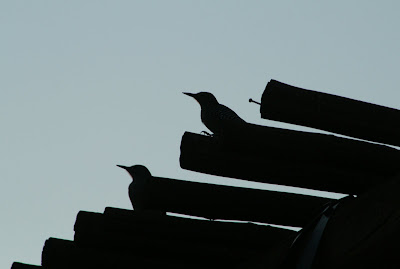 As the sun set, the gibbous moon rose. 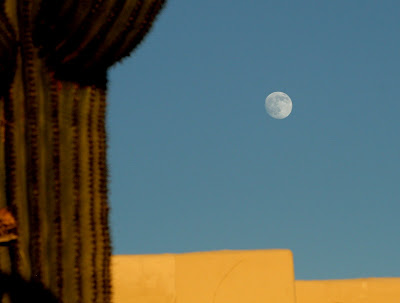 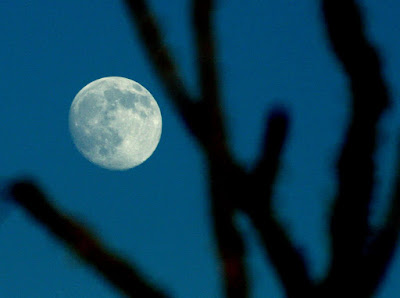 The details of the moon's surface show up so clearly in the dry desert air.  What a gorgeous finish to our last day in Phoenix.