Because this is my 50th post, I want to make it a little extra-special. What to do??? Perhaps highlights of our recent trip to Belize? No, I want to make that last for a number of posts parceled out so I can make it through the upcoming winter. Something about our cats? Oh heck no, too boring for everyone except me (I can hear you thanking me for nixing that idea). Photos and ruminations on the change of seasons? Too depressing to even contemplate. So I took a wander through my photo collection for inspiration and found --- TADPOLES TO FROGS. I hope you enjoy reading and looking as much as I enjoyed writing it and taking the photos.

It is the old chicken or egg conundrum; start with the adult frog or the baby tadpole? Well, since I choose to start this series in early summer, we will begin with an adult frog that inhabited our little garden pond. I believe this a Northern Leopard frog. There must be at least one other of the opposite sex around, although I saw only one at a time. This species reaches sexual maturity in 2 to 4 years, so these have been around for a few years at least. They seem to like the abundant mass of filamentous algae that is in our little pond. 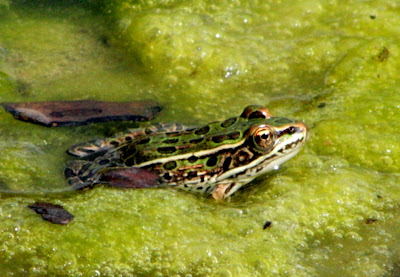 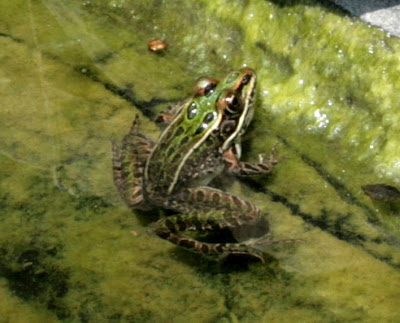 The second picture is the last time I saw this little frog. I am suspicious that it was eaten by raccoons that raid the pond almost nightly. 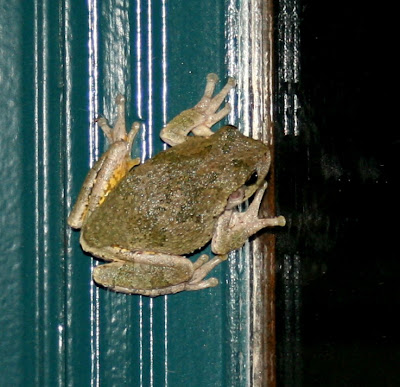 This next adult is either Cope's Gray Treefrog or the Gray Treefrog (the Gray has twice the number of chromosomes as the Cope's). You may recognize this one from the post I made earlier (http://southenglishtown.blogspot.com/2009/08/how-much-is-that-froggie-in-window.html).

So, we have two kinds of frogs around. Will we see tadpoles of both in the pond? Below are photos of the tadpoles in chronological order. The little tadpoles seem to graze on the algae or critters in the algae. Perhaps that is why the adults like the algae so much. 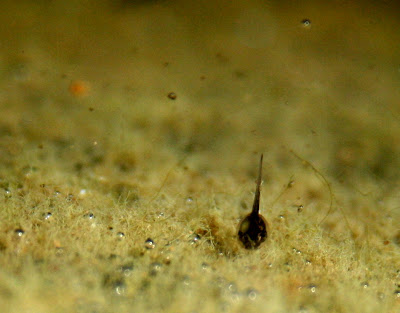 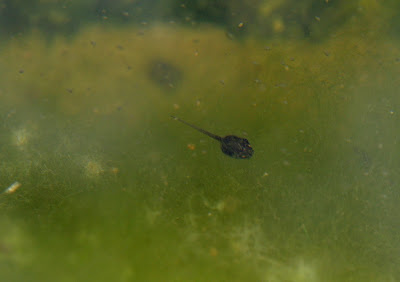 A month or so later, these little guys and girls have gotten bigger. They really like to graze on the submerged rock ledge, probably so they can soak up the sun's warmth while eating. It just doesn't get better than that! 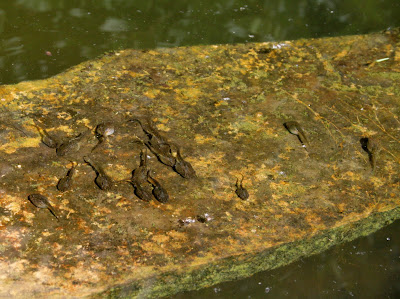 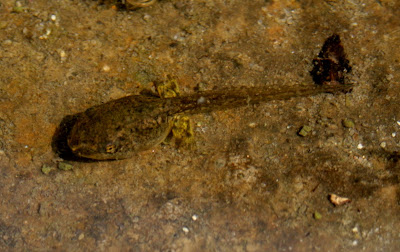 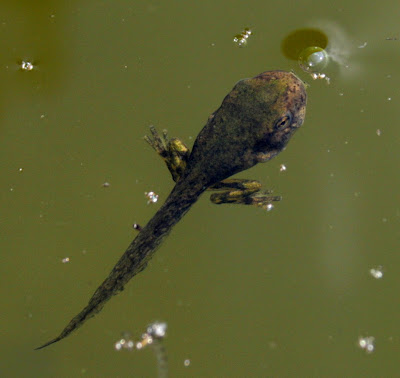 And now you can see that there are 2 kinds of tadpoles in the pond. See the little green at the bottom right? That one is going to be a Northern Leopard Frog. And I believe that others will be Gray Treefrogs. 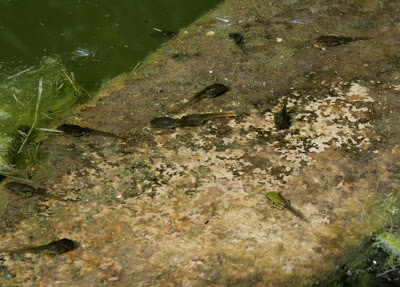 After the rear legs start developing, the front legs show up and the tail starts to get pretty darn skinny. 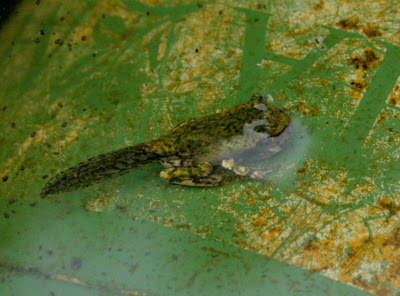 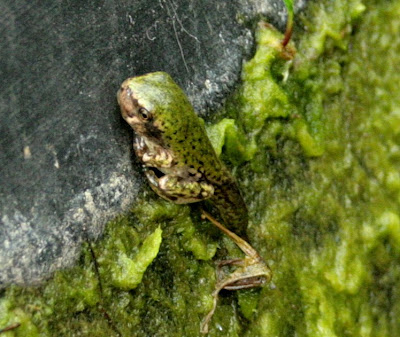 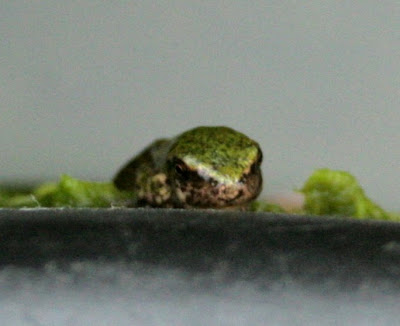 At some point the Gray Treefrogs leave the pond environs. I found some young frogs in surprising places. Here is one on a wild raspberry bramble. That out of focus white thing in the second image is my thumb (for size comparison) - that is a wee little froggie. 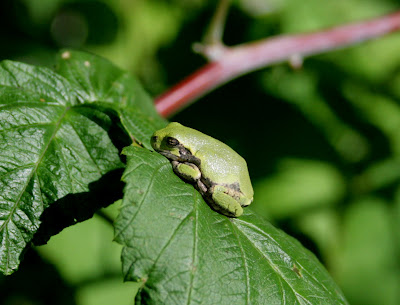 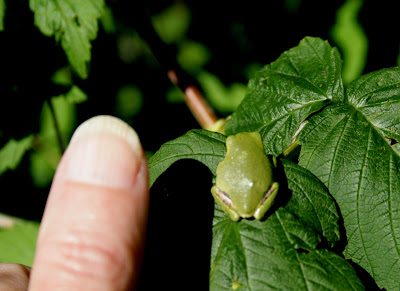 I had never thought to look for frogs on flowers. This one looks quite happy on the Black-eyed Susan on a damp day. 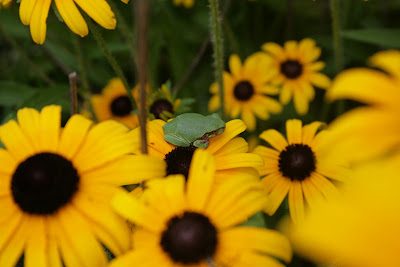 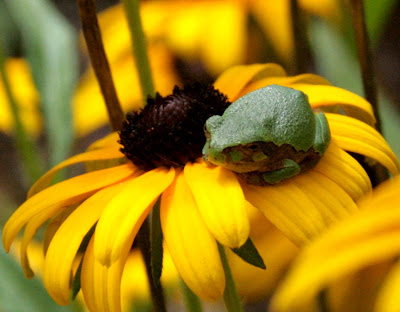 You can see the markings that are prominent along the sides of some of the Gray Treefrogs. 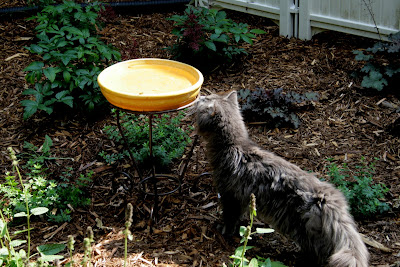 JD helped me look for frogs, or so he said. I think he was really looking for birds! ;-) You didn't really think I go for this long without a cat picture, did you? I have not found any of the newly transformed Northern Leopard Frog out of the pond. My reference says that it overwinters in the water, so they may just stay put. The Gray Treefrogs hibernate during winter and can withstand freezing. That will come in handy here!
Posted by Wilma at 7:37 PM