We couldn't resist a trip to St. Michael's Mount; the weather was still gorgeous and even after hiking 10 miles the day before on our visit to Mousehole, we were ready for more.  But first, a few more family photos from Mousehole.
After meandering around town and window shopping, my brother and I decided to walk back to Newlyn by way of a small village along another public footpath.  We found the footpath,
but it was too overgrown with nettles and other weeds to hike along.  So we returned to Newlyn via the Coastal Path and then had a wander around the upper reaches of Newlyn.

The next day was the trip to St. Michael's Mount.  We caught the bus from Newlyn to Penzance and then another bus to Marazion.  We had a nice lunch before taking a little boat over to St. Michael's Mount.
The "mount" looks so innocent, but it was very steep and tall.  My Fitbit reported that we climbed up the equivalent of 71 flights of stairs on this day's adventure.
Quite a few people were taking advantage of the fine weather, but the grounds and castle never seemed over-crowded.  We were able to linger over architectural details and displays and talk to docents about the history of St. Micheal's Mount.  I was particularly taken with the stained and painted glass windows.


I saw this old thermometer outside in the shade.  Now maybe the stone is only 65F (18C), but the air temperature was much warmer that day!
Some of the grounds retained the landscaping from former years when the castle was a residence.
I'll finish up the tour of the castle with images of stained glass windows from the chapel.  This was the only area that was crowded, so I couldn't get any close up views to show the intriguing details.  However I did get some nice shots of entire windows.  I think you will be able to click on them to make them bigger. 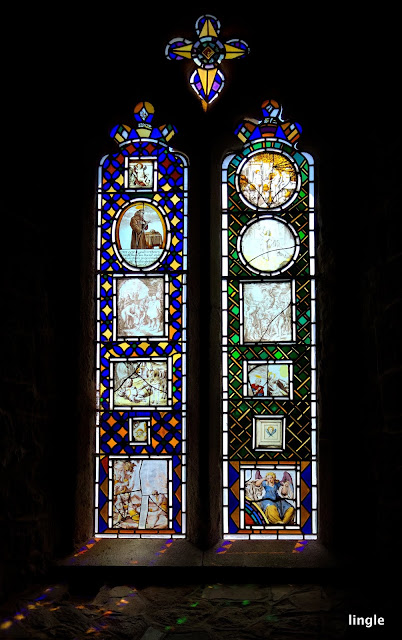 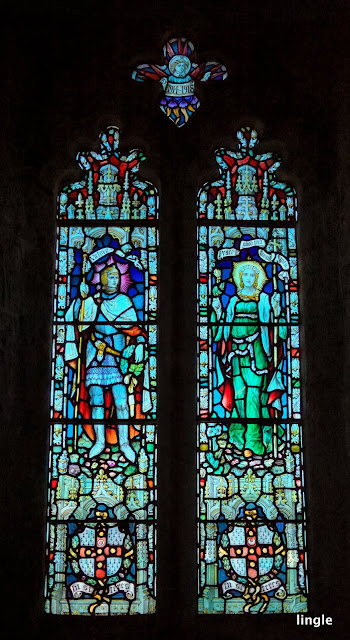 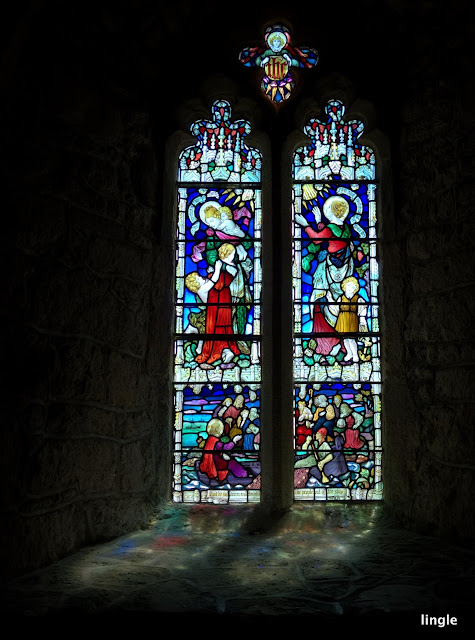 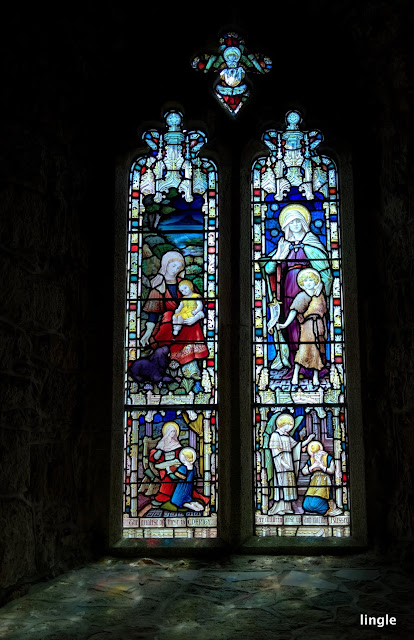